(October 2012) My husband Tom and I traveled to Paris in October for a week’s stay at the Hotel Observatoire Luxembourg, located on the left bank in the heart of the Latin Quarter near the Luxembourg Garden. We connected with friends from the states, Len and Betsy Homer, who have a flat nearby off the Rue Mouffetard Market in the 5th arrondissement.

Our first evening in Paris was spent with them and included a tutorial on how to navigate the Metro and some subtle cultural cues that might otherwise have escaped us. It works well to have “cultural navigators” on hand who speak the language and can help with some basic understanding of French customs. We had a wonderful time doing all the things tourists do and look forward to a return trip someday. 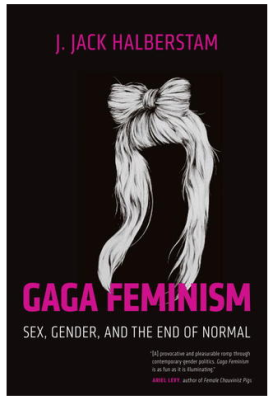 (Oct. 22, 2012) This is a GREAT book! The author is a well respected academic who has also published as Judith Halberstam. A must read on so many levels because it is more than just about feminism. It’s about gender politics and why we need to rethink some of the institutions and ideas that really aren’t working for the vast majority of us. I heard about this book in a presentation at George Mason University (part of the annual Fall for the Book) by Dean Spade, author of Normal Life (who is quoted in this book.)

Gender politics affect all of us and this is a good primer for reorienting our thinking by shifting our paradigm. It’s hard to see what isn’t there yet – especially when the view is blocked by what is familiar and accepted in our minds. It has opened my eyes to what our larger goals should be – especially when it comes to rights that are conferred simply because of an institutional construction called marriage. I highly recommend this! 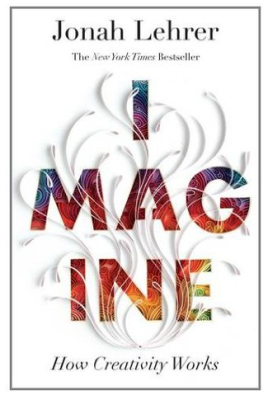 (Sept. 30, 2012) I loved this book by Jonah Lehrer. It was about so much more than the creative process. That was actually a wonderful surprise. Lehrer covers so many different aspects of collaboration, innovation and patterns of thinking. The research he presents is interesting and very compelling.

Loved that he debunked the myth of “brainstorming” which I have found does not produce the same results as collaboration. It was time well invested. I walked away with a heightened awareness of the many factors that affect the process of creating something new.

Back in high school, gay people did not roam the halls in all their awesome gayness assured of acceptance by understanding teachers, administrators and students. We did not have GLEE, Modern Family or Ellen to model what it meant to be gay in America in the 1970s. Gay students were afraid. They lived in fear of others finding out.  My best friend Jeff – to this day I still consider him my best friend – shared that with me when he finally came out to me in our 30s. I couldn’t understand why Jeff didn’t tell me sooner – why he thought it would make a difference in our relationship.  But this is something I can never fully understand – I can never truly stand in his shoes and see the world the way he lived it in a hostile, unaccepting, homophobic world of Roanoke in the 1970s. END_OF_DOCUMENT_TOKEN_TO_BE_REPLACED

(Jan. 22, 2012) – One of my new favorite books is Tom Peter’s “The Little Big Things.”  I heard Tom speak about the book a couple of years ago at Debbie Weil’s “Sweets & Tweets” event at Baked & Wired in Georgetown. Tom was everything I imagined he would be in person – and so was the book.

The essential premise of the book is that often the small things that happen between people become the things we tend to remember most vividly.  Interactions that are unique, personal, intimate and often unexpected stay with us long after we have forgotten many other things. Tom posits that it’s these small things that feed relationships, engender loyalty to businesses, and sometimes change the course of history. 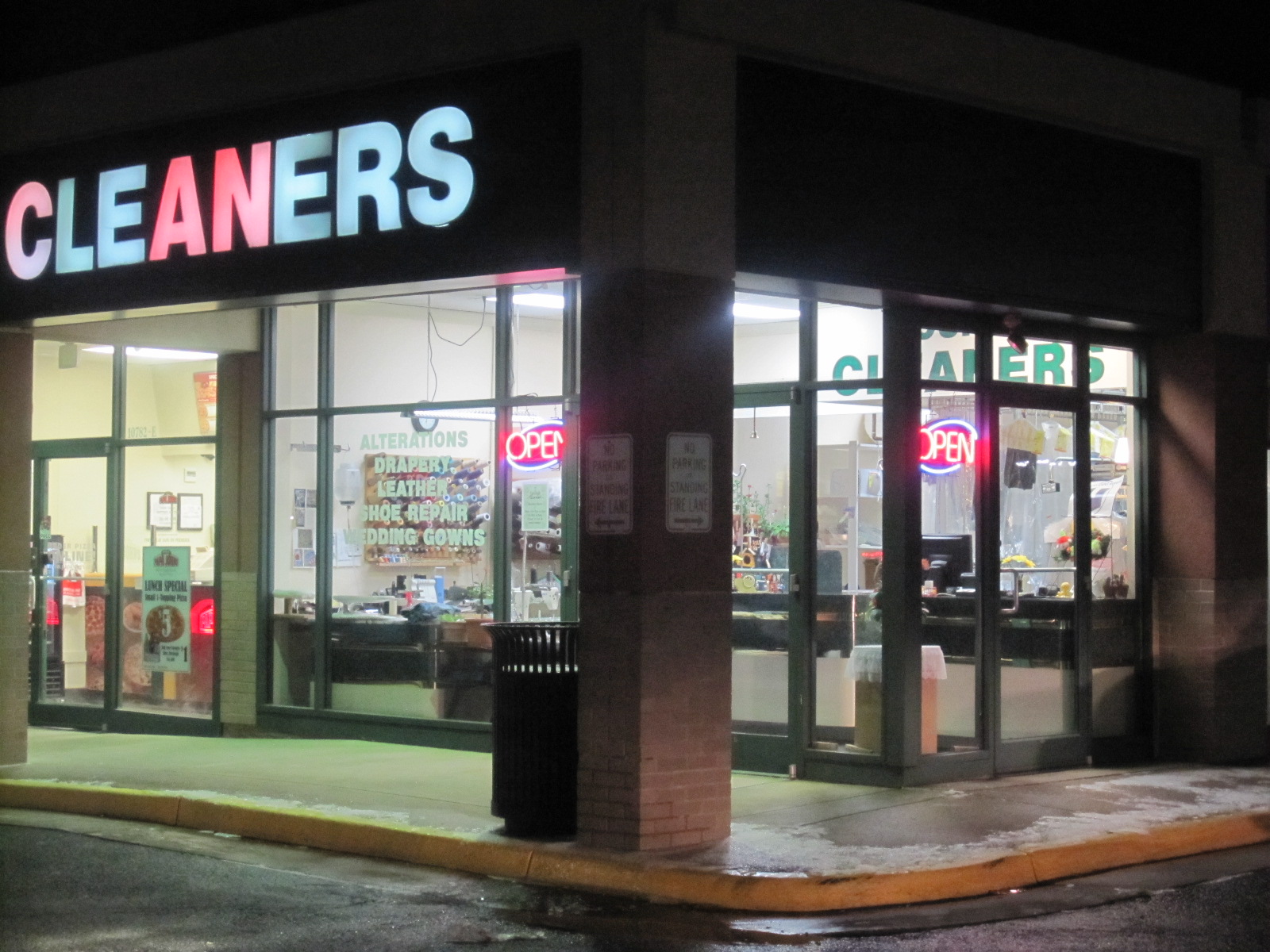 Such a “little big thing” happened today at Young’s Dry Cleaners on Fairfax Boulevard in Fairfax City. Julia’s family took over the dry cleaner’s in 2004. It’s within walking distance of my house in Fairchester Woods and over the years I’ve developed a very friendly relationship with Julia and her mother – the only person I trust with my alterations.

I called Julia this morning to see if her mother would be there because I needed some pants hemmed and the sleeves shortened on a jacket.  It snowed last night and the streets were messy so I wasn’t sure her mom would be there.  Julia assured me she could do the pinning and she would be there until they closed tonight at 7 pm.  END_OF_DOCUMENT_TOKEN_TO_BE_REPLACED

(Jan. 19, 2012) Cardinal Bank and George Mason University hosted their 20th Annual Economic Conference at the Ritz Carlton in Tyson’s Corner on Jan. 13, 2012.  It was a capacity crowd of 600 that required additional chairs in the ballroom.

The speakers included the Washington Post‘s Neil Irvin, Dr. Stephen Fuller PhD of GMU, several builders/developers and the EVP of Lending for Cardinal Bank.  It was a lively and informative discussion about our region’s economy, the current recession, jobs, the global economic picture, forecasts for recovery and housing.

Scanning down the notes I took, there were some facts that surprised me:

END_OF_DOCUMENT_TOKEN_TO_BE_REPLACED

(Jan 4, 2012) Making generalizations doesn’t work well.  There are always exceptions and most of us can name at least one in any circumstance. I read something once (wish I could recall where at this moment) that resonated with me: “It’s not that stereotypes are wrong, they are incomplete.”

The generation that rules the world (in whatever age you care to name) seems to be consistently concerned about the moral and intellectual fabric of the upcoming generation that will take their place.  From flappers to bobby soxers to video gamers, young people are the outsiders that somehow don’t seem quite up to taking their place at the helm when their time arrives. I’ve come to the conclusion that we are all suspicious of what we consider “other.” Young people are of course inherently different in their thinking because the times that produced them are different from the times that produced us, and the generations before us.

I have always been open to the idea of young people as leaders. Youth and inexperience in and of itself is not a handicap.  There is energy, a sense of accomplishing what others think impossible, a resilience and optimism that are sometimes lacking in leaders that have accumulated more life experiences. We will often value experience over vision, yet the ability to motivate and inspire others is a core characteristic of a great leader.

Generation Y or WHY? deserves a place at the table today.  The world is flattening and increasingly interconnected – in real time.  The space-time-language-culture continuum is shortening and includes more and more people globally.  Those that are leading the way are the ones who have spent the majority of their lives at home with the tools that make distance and differences melt away: technology and the Internet. I value the young people in my life and all that they bring in helping me to see the world in different way.