(June 14, 2018) Catherine Read interviews Debbie Alexander, Director of Development for The Phillips Programs. For the past 50 years Phillips has served the needs of individuals with emotional and behavioral problems and their families through education, family support services, community education and advocacy. Phillips is a private non-profit organization that serves the needs of over 500 children and their families in the Washington, DC area across four campuses in Virginia and Maryland. They strive to help children where others could not, by individualizing a plan for each student so they can become independent, young adults.

Alexander shares that children are referred to their program when they are unable to thrive in their school environment. There is no typical profile for a Phillips student, but many have experienced trauma in one form or another. Perhaps they have difficulty communicating or engaging with other students or their teachers, and because of this the student acts out or misbehaves which interferes with the learning cycle. At Phillips, the educators and therapists develop a wholly personalized plan for learning that addresses the obstacles each student faces, and comes up with a plan to overcome the obstacles. With small class sizes of 9 students per classroom, this becomes a realistic goal. Additionally, Phillips runs programs to encourage families to stay together, as the stress of a child with disabilities can often tear families apart. Phillips offers home and community based counseling, behavior consultation and family support. 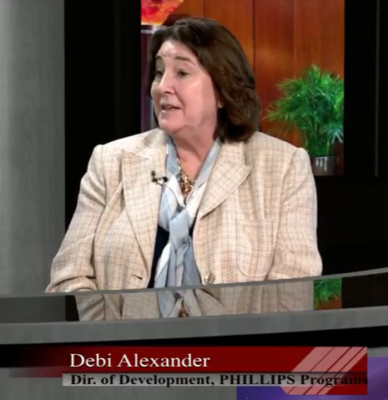 As the organization has evolved over the past 50 years, Phillips has taken on the role of not only educating their students, but also preparing the students for a world where they can work and become independent. The Career Partners Program was implemented two years ago, and is now thriving.   Phillips established a culinary program which includes a commercial kitchen and a vertical garden at their Laurel location, a 3-D design and print program at their Annandale location, and a building trades program at the Fairfax school. The concept is that they are giving their students marketable skills in order to enter the workforce. Alexander specifically highlighted the building trades program, where students just completed their first home that they designed and built all on their own. The home sold for $585,000 and took four years to complete.

As she mentioned earlier in the interview, there is no “typical” student in the Phillips program. Students are generally referred to Phillips by the public school system, if the student struggles to thrive in a mainstream environment. Access to information and resources can be difficult to come by for parents who are looking for help, so the Phillips Program is re-vamping their website to include more information and become more accessible to parents.

The main message that Alexander wants to share is that the Phillips Program gives hope to children and families, while focusing on the children’s abilities and highlighting their strengths. For example, the 3-D printing program, which operates as a partner of the  Youthquest Foundation, is a great fit for students with autism. This type of work is ideally suited for people on the autism spectrum because it includes a number of repetitive tasks. The Youthquest representatives noted that the Phillips students produced the most sophisticated and complex work on the 3-D printer that they had seen to date.

The Phillips program is a non-profit and operates on the donations of its generous benefactors. Each April they hold a gala, and in May they organize a 5K run. Alexander encourages those in the community to support this valuable asset in the community.   You can donate online to support some of the most vulnerable children in our community and give them a chance to thrive and grow up to be independent members of society.

(Feb. 12, 2018) Catherine Read speaks with several advocates to look at where their legislation is headed during the 2018 VA General Assembly. February 14 marked “crossover”, which was the halfway point of the General Assembly session. The bills that made their way through the House will “crossover” to the Senate, and the bills in the Senate will make their way to the House for debate and discussion. Additionally, they will take up the Governor’s Budget starting on Monday February 19th.

Catherine’s first guest was John Horejsi, director of SALT (Social Action Linking Together ), a network of persons in Virginia embracing the principle that “The justice of a society can be measured by how the most vulnerable members of society are faring and being treated”.   Their legislative agenda is very robust, here is a breakdown of how their bills are faring this year:

This bill would not allow the prisons to limit in-person visitation, if the facility also offers video visitation as an option. Studies have shown a lower rate of recidivism and higher success rates upon re-entry to society when they have the opportunity to see their loved ones in person.

This bill would require Insurance companies to provide medical insurance coverage for children ages 10-18. Currently they are only required to cover children ages 2-6 years old. Passed the Senate and referred to Appropriations.

A temporary 2 year pilot program would establish a scholarship fund for students in poverty of up to $4000 per student, should the student meet the requirements. This bill passed the Senate and was referred to House Appropriations. Unfortunately, it’s companion bill in the House (HB 285) was killed, so the fate of this bill does not look promising.
HB 50: School Lunch Shaming 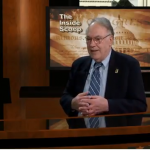 Requires local school boards to develop policies of how to deal with students whose lunch accounts are overdue. They would be required to communicate with parents, instead of shaming the children by singling them if their account it overdue. It would prohibit the school board from having the children perform chores in order to get food. It would also not allow the school to put a sticker or hand stamp on a child whose account is overdue. Passed the House 100-0.

This bill would give the needed financial support to Grandparents or other extended family who are raising children who cannot live with their parents. The bill sets forth eligibility criteria, payment allowances to kinship guardians, and requirements for kinship guardianship assistance programs. The bill passed the House and was send onto the Committee for Rehabilitation and Social Services in the Senate.

This bill would repeal the requirement that a driver’s license of anyone convicted of any violation of the law who fails or refuses to immediately pay the fine or cost be suspended. This bill disproportionately affected those in the lowest income bracket. If someone loses their license and cannot get to work, then they cannot ever afford to pay their fines. This bill has passed the Senate and has been referred to House Appropriations.

Catherine’s second guest was Holly Seibold, Founder of BRAWS (Bringing Resources and Aid to Women’s Shelters ).  Their mission is to bring dignity and empowerment to women and girls living in shelters by providing them with new, personally fitted undergarments and menstrual supplies. Holly’s group has several initiatives that they were working on this year.

Directs the State Board of Corrections to implement a standard to ensure that all women prisoners have access to feminine hygiene products at no charge.  This bill passed the House 100-0.

Catherine’s final guest for this week’s show was Kevin Hickerson from the FEA (Fairfax Education Association)  His organization advocates to make Fairfax County Schools the best school system possible. They are trying to work with the General Assembly to assist with the teacher shortage, without reducing standards of quality.  Kevin spoke about one of their largest initatives, which would allow local schools to increase recess time without having to increase overall instruction time (HB 1419).   He also noted his excitement about working with Atif Qarni, the new Secretary of Education under Gov. Ralph Northam.  Hickerson noted that having a former classroom teacher at the top of the hierarchy will be a great asset to the Commonwealth.

This bill would give local school the ability to expand recess without having to increase instructional time. Studies have shown that if students are given more time for unstructured play and the ability to move around, that they have more success in the classroom and are better able to focus on their learning. This bill has passed the House and is moving on the Education and Health Committee in the Senate.

(May 2017) Catherine Read talks with Lucy Beadnell, Director of Advocacy for The ARC of Northern Virginia, about the programs and services they provide to people in our community with Intellectual and Developmental Disabilities. The ARC is celebrating 55 years of supporting the IDD community in our region and continues to add programs, services and staff to their robust suite of resources.

Lucy talks about the ARC’s public speaking program “A Life Like Yours Toastmaster’s” which is an adapted Toastmaster’s model pioneered by People First. The drop-in group includes both people in the IDD community and their allies. 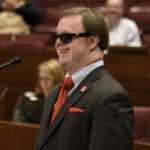 In a recent Fairfax County Budget Hearing, Elizabeth Carter and Frank Stephens spoke to the Fairfax County Board of Supervisors on behalf of preserving resources for human services agencies like the ARC. These two young people wow’d the crowd with their great public speaking skills and their ability to so clearly advocate on behalf of themselves, their community and the organizations that support them.

Some of the exciting new initiatives involve app based technology. The Arc of Northern Virginia has partnered with SpecialNeedsWare, Inc to develop a travel training curriculum called TravelMate, which helps people to more confidently use public transit. Kymberly Deloatche, Travel Training Coordinator for the ARC, works with teachers, job coaches, therapists, assistive technology specialists, disability providers and family members on how to use this new technology. Newly added to their suite of tech tools is EmployMate which uses a similar model to help people navigate their employment tasks by acting as a guide, memory tool and resource.

In the ARC’s Special Needs Trust Department, Lucy talks about the work of Megan Rusciano, Beneficiary Advocate and the many services she provides to families from case management to life planning and many thing in between. It’s a needed support for families looking toward the long term well being of their family members.

It’s no surprise that The Northern Virginia Chamber of Commerce selected Lucy Beadnell as a nominee for the 2017 Outstanding Corporate Citizenship Awards in the Emerging Leader Category. 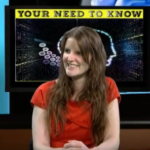 The Corporate Citizenship Awards honor individuals, businesses and non-profits for above-and-beyond business leadership and corporate social responsibility.  Lucy’s work, and that of the entire ARC of Northern Virginia staff and their Board of Directors, continues to be a model for effective direct services and advocacy. Under the leadership of their Executive Director, Rikki Epstein, they are relentless champions for integrating those in the IDD community into every local community where they live in Northern Virginia.

Catherine Read discusses the needs of Intellectually and Developmentally Disabled Virginians with Lucy Beadnell, Director of Advocacy for the Arc of Northern Virginia. The topics range from Medicaid Wavers to education, job training and employment opportunities, the Department of Justice Settlement with Virginia, and the school to prison pipeline which disproportionately over represents those in the IDD community.

More and more young people are being diagnosed with Autism (1 in 68 students in Northern Virginia) and they are leaving public education programs with skills and expectations but few opportunities for employment. There a many different agencies and organizations grappling with the best ways to serve this growing community of young adults. A greater awareness by the general public, as well as greater engagement with the business community, are key to integrating people in this community into our broader communities.