(Jan. 10, 2018)  Catherine Read talks with Delegate Marcus Simon (D -53) to get a preview of the 2018 Virginia Legislative Session, which begins on January 10 and will run through March 10. Simon is a Democrat representing Falls Church and surrounding Fairfax County. First elected in 2013, he has served on the Militia, Police and Public Safety and Science and Technology committees throughout his tenure as delegate. 2017 saw a blue wave wash over the commonwealth, as 15 new Democratic seats were picked up bringing the House to a 49-51 split. Simon is excited about the energy and enthusiasm that the freshman delegates will bring to Richmond, as the change in the makeup of the General Assembly has the opportunity to open up a world of possibilities that did not exist in previous years when the Republicans held a 2/3 majority in the House.

This freshman class of delegates will face a steep learning curve, and the caucus will be faced with the challenge of having a third of its members being brand new to the body. In order to get in front of this, Delegate Simon shared that the new delegates were first brought down to Richmond in November to get an early orientation and “boot camp” introduction to the legislative process, learning everything from parliamentary procedure to how to file a bill in the system. Each new delegate was paired with a mentor to help them navigate the system, and be available for questions on a variety of issues. His advice to the new delegates: focus on a few core issues that they would like to advance in order to help craft realistic public policy. If they are able to concentrate on deliverable issues, then they will have concrete steps to stand on when they go back home to their districts. 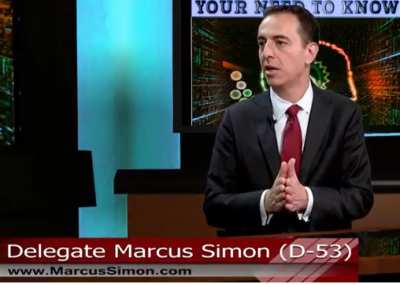 Activists in Virginia were ready to get to work after the devastating loss in November of 2016 that gave Donald Trump and Republicans complete control of the Federal government. Grassroots organizers came together in unprecedented numbers to help turn the tide in the commonwealth. Spawning groups like Network Nova , Indivisible, and Postscards4VA , Simon hopes that the energy and enthusiasm that went into canvassing, phone banking and postcard writing during the elections can now be turned into advocacy to help advance issues that are near and dear to their hearts. He indicates that it is important for the people who helped create this blue wave to get involved in the legislative process, and hold the people who they elected accountable. With Virginia having a part time legislature, the window of opportunity to get things done is short, and targeted advocacy on specific state issues can have a great impact.

The first step in being able to hold elected officials accountable is to understand how a bill becomes a law in Virginia. Once they know which legislator will be carrying a specific bill, they can then learn which committee will be hearing the bill. All of the bills and legislator information can be tracked on the Virginia General Assembly website. Specifically, the Legislative Information System will show progress of bills as they move through the legislative process. Committees are really where most of the heavy lifting occurs. Witnesses are invited to come testify, and committees debate the merits of the bill. As an activist, it is important to know which legislators sit on which committees, and it is important to communicate opinions on specific pieces of legislation. Every communication with a legislator will get tracked and recorded, then reflected on when it is time to vote. The more constituents a legislator hears from, the more seriously they will take a bill. Activists can also make appointments to individually meet with the legislators, participate in “Lobby Days”, when specific groups descend on Richmond to demonstrate and meet with legislators, and share information on social media platforms. 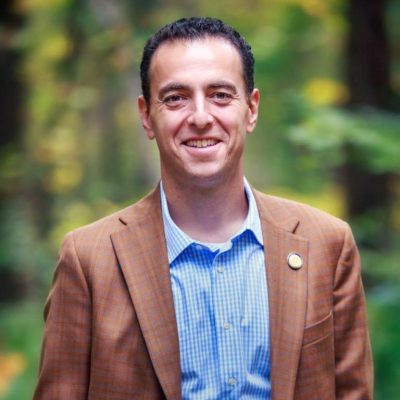 Finally, when asked about Medicaid expansion Simon felt very positive. As a signature issue of outgoing Governor Terry McAuliffe, as well as a campaign promise of incoming Governor Dr. Ralph Northam, Simon believes that there will be a real opportunity to deliver healthcare to hundreds of thousands of Virginians. With hard work and compromise between the two parties, Del. Simon thinks that they will come to a “yes” in order to take advantage of the 6 million dollars a day that the commonwealth is giving up by not accepting the federal Medicaid expansion program.