(Dec. 11, 2017) Catherine Read interviews Ric Arenstein, Director of Development for the Virginia Public Access Project (VPAP). Founded in 1997, VPAP was started by Virginia based newspapers with the purpose to inform citizens about all public documents related to money in Virginia politics. Because there are no restrictions on how much money politicians can accept from individuals or corporations in Virginia, it is important for citizens to be able to access and understand the public disclosure documents such as campaign finance reports, conflicts disclosures and lobbyist registrations. VPAP breaks down the silos of government data and weaves in other information such as newspaper articles and election returns to give citizens the information that they need to make informed decisions.

As a nonpartisan organization, VPAP simply aims to aggregate and understand the influence of money in Virginia politics. As Thomas Jefferson once stated, “a well informed electorate is a prerequisite for a democracy. ”  VPAP offers a daily briefing called the VaNews, where subscribers can have a morning digest of Virginia political news sent to their inbox.   Currently there are 11,000 subscribers, and it is the most comprehensive overview of what is happening in politics throughout the state. The homepage of VPAP has some great resources to help citizens connect with their elected officials. Visitors to the site can simply punch in their address on the All Politics Is Local tab and they can get connected with their state representatives, find their voting location, see headlines from their local area, see which of their neighbors are donating money to Virginia candidates, and find out when the next election is taking place and who is running for office. It is a rich and valuable resource that is free to the public.

VPAP has evolved over the past 21 years, and now uses newer tools such as data visualization to interpret and present information in terms that are best understood by users. The analysis that VPAP provides is intended to explain the data, without giving opinions about the information. VPAP data was cited in the media over 3,000 times last year alone. During the Governors race, VPAP used the tool “My VA Candidate”, which was a questionnaire designed to help citizens determine how closely their views aligned with the gubernatorial candidates. 70,000 people took this online questionnaire to help better understand the candidates and issues. Arenstein emphasized that the website is very open and transparent, does not track users or subscribers, and is completely an opt-in environment.

VPAP has recently rolled out a host of educational components to help inform new voters, and provide resources to civics teachers in the classroom setting. Three years ago, VPAP received a grant from the Reynolds Foundation to build a curriculum around the Standards of Learning for Civics classes geared toward high school seniors.   VPAP has brought educators in for training on these tools, hoping that these teachers will return to their home districts and share what they learned. VPAP will soon be hitting the road and traveling around the state to bring the training to more K-12 teachers throughout the commonwealth. 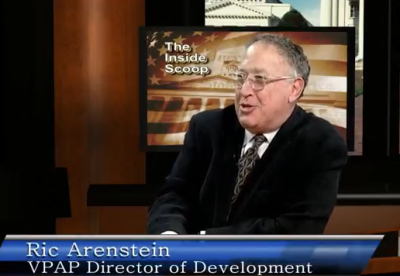 In order to stay relevant, VPAP continues to develop new tools to help voters better understand their elected officials.  The aggregation tool, which takes scorecards from a variety of special interest organizations that rate legislators, allows voters to see this information in one neat and easy place. Another new tool, the Vote Analyzer allows citizens to look issue-by-issue and vote-by-vote when is comes to specific issues. It also allows a user to compare any legislator to others in their party, to the entire General Assembly body, and to their region. These tools are designed to demonstrate that legislators may vote along regional lines, gender lines, etc. instead of simply falling in step with the party-line vote.

VPAP is a non-profit organization, supported by over 1,000 individuals, companies and politicians who believe in its mission. In order to be strong and independent, Arenstein notes that they seek donations from the broadest possible number of people. Their annual donor luncheon in May brings together people from across the spectrum and demonstrates the importance of the organization. Many donors look at supporting VPAP as an important part of their civic engagement. The goal of bringing people together over a common set of facts has a big impact on civil discourse in society. 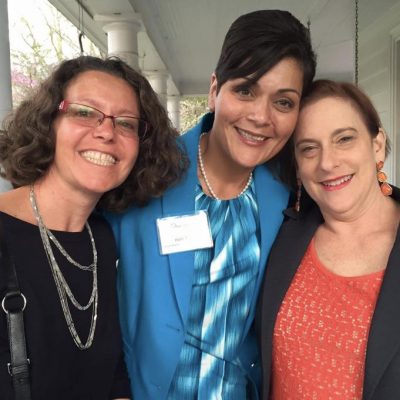 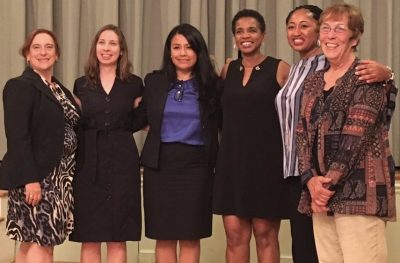