(March 21, 2018) Catherine Read talks with Sandy Lisiewski, a member of The OLLI Players, and Michelle Blandburg, Treasurer of the OLLI Board of Directors and also a member of this local theatrical troupe. The Osher Lifelong Learning Institute (OLLI) is affiliated with both The Osher Foundation and George Mason University. The Osher Lifelong Learning Institute was founded for the purpose of offering mature adult learners ongoing educational experiences along with social activities and special events. 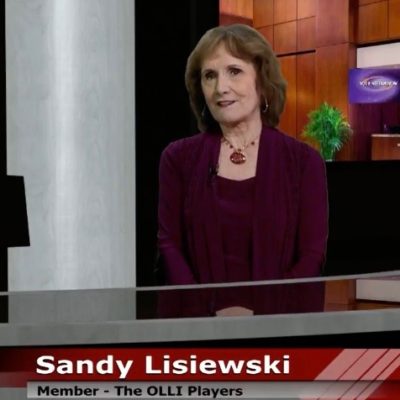 Lisiewski joined a Readers’ Theater class at OLLI in 1998. It was a way for those interested in acting to participate in productions without costumes, sets or memorizing lines. That evolved into performing skits which they performed at local events. In 2005, Kathie West, a retired drama teacher, joined the Readers’ Theater and started a Drama Club at OLLI. The OLLI Players Theater was established shortly thereafter. One of their members is also a producer at the local Fairfax Public Access (FPA) studio and created the opportunity to produce radio and television productions in addition to their live performances. They branched out into interactive Murder Mystery productions. After the first production, a class was offered every semester that allows those who want to participate in a Murder Mystery to create the characters, write the plot and participate in the production. 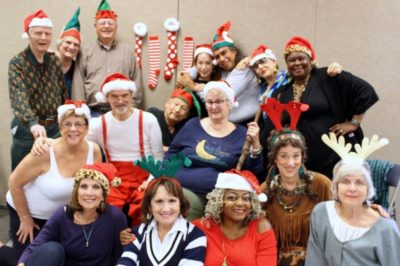 Kathie West started the OLLI Players Workshop Class. The first performances were at the OLLI campus. They decided to do community outreach to see if there were organizations interested in having them perform at their own locations. Out of the 75 organizations they contacted, a substantial number welcomed their free performances, and so they took their show on the road in Fairfax, Loudoun and Prince William Counties. The players range in age from about 60 to 89 and there are 15 to 20 players in the troupe at any given time. Doing traditional plays are a challenge because the venues are dramatically different from one location to the next. So they have developed themed productions that are more of a variety show or vaudeville format to allow for different players’ availability and the constraints of the performance space. They have done a program around “Memories” and also “Lyrics from the Heart” as well as holiday themed shows. One of their favorite annual fundraising projects is a calendar featuring the OLLI Players in costumes around a particular theme. 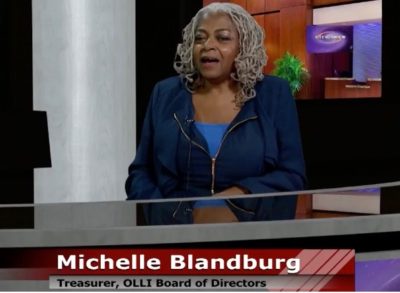 Blandburg discovered OLLI through seeing it on a bumpersticker before she was even fully retired. She started taking classes around her part-time work schedule, and one of those classes was Readers’ Theater. She joined The OLLI Players, was asked to be on the OLLI Board of Directors (where she is currently Treasurer) and then began teaching the Readers’ Theater Class. There are 121 OLLIs affiliated with universities and colleges around the country supported by The Osher Foundation, at least one in every state and in DC. There is an introductory rate to try out the program for one semester. The annual membership fee for one full year provides unlimited classes (there are over 600 classes offered) and a GMU Student ID that offers eligibility for a number of discounts at the bookstore and in other places. Many instructors are academics (active and retired), and a wide range of other area professionals that are experts in their fields. If you want a class that is not provided, you can propose a class to the program committee and even teach it yourself.

There is a course catalogue published four times a year, the schedule of classes is also online, and there is an online registration. Classes are taught at the main OLLI campus at Tallwood off Roberts Road in Fairfax, as well as in Loudoun County, Reston and at locations scattered around Northern Virginia, some in spaces provided by faith communities. Classes include things like dance, yoga and Tai Chi. In addition to the classes, there are also many clubs – for Bridge, Current Events, Arts & Crafts, Poetry and more. There are also special events like wine tastings, chocolate tastings and ice cream socials. The Special Events Committee is open to new suggestions. This is a volunteer driven organization, and the people in the OLLI community are what makes it go.

For more information visit: http://OLLI.GMU.EDU or email: [email protected] The main office is located at 4210 Roberts Rd in Fairfax, VA.

To book The OLLI Players at your location, email: [email protected]

(July 10 2017) Catherine Read talks about the non-profit GrandInvolve with staff and a volunteer from Crestwood Elementary School in Springfield, VA. This program brings retired seniors into the classrooms of Title I schools in Fairfax County, VA. GrandInvolve recently received the 2017 Governor’s Community Organization Award for its work fighting ageism and furthering understanding of cultures. 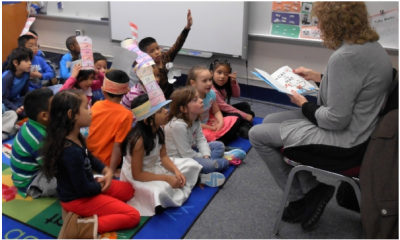 In the first segment, Guidance Counselor Sara Crummett shares the experience of being the first school to launch this volunteering program at Crestwood Elementary School, located in central Springfield, VA. She coordinates and matches the volunteers with the classroom teachers to find a good “fit” that meets the expectations of both. Crestwood will be starting their fourth year of this program in the Fall of 2017 and continue to look for volunteers for their classrooms, which have a high population of students who qualify for free and reduced lunches and are also from homes where a language other than English is spoken.

Eve Hall, a teacher at Crestwood, explains how she initially started with GrandInvolve as a third grade teacher and how she established working relationships with the three volunteers assigned to her. She is now a Head Start teacher and all of her volunteers followed her into this preschool program. Eve gives examples of the ways in which the volunteers assist her with regular daily activities and also their willingness to help with special events like pumpkin carving and evening events like book fairs. One of her volunteers even started a knitting club at the school which has been a great success. 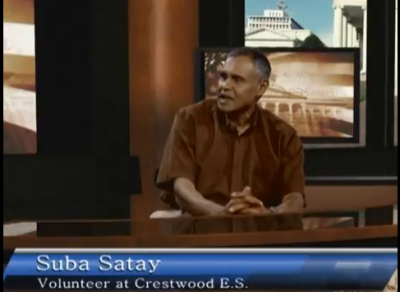 Suba Satay, a retired U.S. Air Force officer, shares his experience being a classroom volunteer in first and second grade at Crestwood. He was matched with a teacher where he was able to specify reading and writing as an area he wanted to focus on with the children. Going into the 2017-18 school year, he’s adding a second volunteer day so he can do the same type of mentoring for third and fourth graders. Mr. Suba, as the children know him, has found this volunteering to be one of the most rewarding things he has ever done. He has also developed a great respect for all that classrooms teachers are asked to do.

In the final segment, Cindy Nothom, a GrandInvolve Action Team Volunteer at Parklawn Elementary School, shares the efforts the organization is making to recruit more volunteers for the upcoming school year. Cindy was one of the original members of GrandInvolve team which was founded by Dorothy Keenan in 2014 to place needed volunteers into Title I schools. At Parklawn last year there were more classroom teachers requesting volunteers than they had volunteers to place. This year they are reaching out to a number of organizations such as Venture into Volunteering and Volunteer Fairfax to look for new volunteers. Additionally, they have more than 15 GrandInvolve speakers who are available to speak at meetings for service clubs like Rotary, Kiwanis, Garden Clubs and Women’s Clubs to explain the volunteer opportunities. You can find additional information about GrandInvolve at www.GrandInvolve.org and on their Facebook page.