One of the most memorable quotes attributed to Howard Schultz, Founder and CEO of Starbucks: “We are not in the coffee business serving people, but in the people business serving coffee.” I use this quote in a presentation I give on “The Consumer Experience” as a way of distilling for employees the very essence of what all businesses should recognize.  Replace “coffee” with your product or service and the same would be true.

I will generalize here and say that the vast majority of us prefer to do business with those we like and we trust.  Beyond the basics of a quality product and good customer service, we are bound by our relationships with people.  Another favorite quote of mine is one I recall being in Jack Welch’s book Winning.  When asked about which restaurant was his favorite, he replied: “The one where they know my name.”

Social media has increased the power of word-of-mouth (WOM) marketing to levels we couldn’t imagine back when we were forwarding emails around to long distributions lists.  Now we have conversations that are not just one-to-one but one-to-many.  And those conversations are often public and sometimes carried on among people who do not initially know one another. This is how communities spring up around people, causes, issues, events and interests.

I had reason to think of this on Saturday evening after I left the East Lawn of the Capitol in Washington, DC. 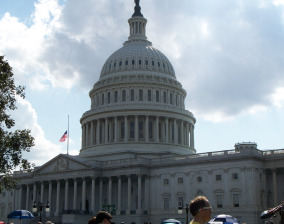 A two hour delay in the arrival of Sen. Ted Kennedy’s motorcade meant a long time in the sun with only a single bottle of water.  As I headed toward Union Station to catch the Metro, I thought about where to stop to get something to drink before I headed back to the suburbs of Virginia.  Right there across from Union Station is Capitol City Brewery and I like their beer a lot.  And I thought about stopping there, but it’s not the Cap City Brewery I usually frequent.  So I hopped on the Metro and headed down to the Cap City Brewery at 11th and New York.  Why go out of my way for a beer?  Because that’s where they know my name. 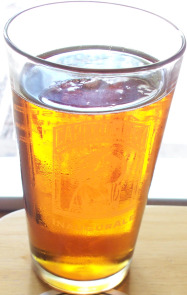 I like the bartenders at Cap City.  I don’t go there all that often, but they do remember my name.  And Brennan always asks me what beer I want, and I always tell him he should pick something out – that he knows what I like.  And so he does.  And he gives me samples of things to try that he thinks I might like.  His picks have consistently suited me.  Mostly I like having a conversation with him when his time permits it.  Whether I am there with friends or I stop in on my way somewhere else, I enjoy the experience. Brennan is in the people business serving beer.

This past Saturday I asked him if Capital City Brewery is doing anything with social media.  The question was prompted because I follow another favorite DC restaurant on Twitter @BusboysandPoets.  They have two locations in the city as well and always have things going on there.  But I don’t actually have a relationship with anyone in particular at Busboys and Poets, so I am there very infrequently unless it’s for an event. 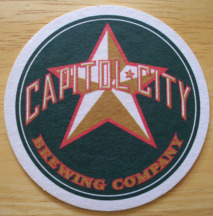 I continue to be amazed at how few businesses understand the intrinsic value of their “human capital”: the people who take care of their customers and their business on a day-to-day basis.  Some of those employees are natural PR evangelists for the companies they work for – but they are not given a voice and the encouragement to go out and create online what they do so well in real life  – relationship building.  People don’t have a relationship with a brand on the level they have a relationship with the people who represent that brand.

Which is why I will continue to go out of my way to stop by Cap City on 11th and New York when I am in DC.  Like the old familiar tune from the Cheers sitcom – it’s a place where everybody knows my name.

Think about it for a minute and ask yourself: how many businesses have your business because of their people?  How many of those business owners and executives do you think realize that?