(Sept. 3, 2018) Catherine Read sits down with Dale Brumfield, Field Director for Virginians for Alternatives to the Death Penalty (VADP). Dale took over this position last year, after authoring a book about the Virginia State Penitentiary System, and penning several opinion pieces on the topic for a variety of Virginia based news publications. As field director for VADP, he seeks to engage a variety of grass roots constituent groups, from progressive to conservative to libertarian to evangelical and beyond.

The death penalty has early roots in Virginia’s history. The first man to be put to death in the New World was Cpt. George Kendall, killed by firing squad in 1608 for treason. Later in 1632, the colony put the first woman to death for the crime of concealing childbirth. Since then, the death penalty has been used far and wide in the commonwealth, where over 1300 people have been executed in its 400+ year history. The practice gained popularity in the 1800’s, born from an unreliable prison system that was unable to secure its residents.  Many things have changed since then, and Brumfield argues that death sentences should no longer used. However, 31 states still bring capital punishment cases to trial.

Brumfield makes the case that in addition to being morally wrong (the Old Testament clearly states “Thou shall not kill” in the ten commandments), the use of the death penalty is a waste of both time and money. It costs 4-10x as much to bring a capital punishment case to trial versus a non-death penalty case. This does not even take into account the appeals process, which adds many more hundreds of thousands of dollars to the cost. 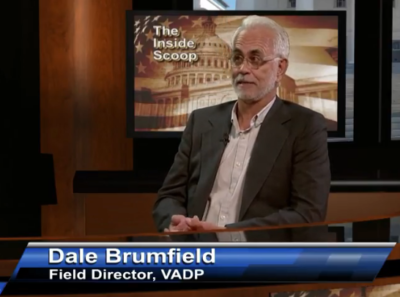 When speaking with those who support the practice, one the of biggest complaints that Brumfield hears is that people do not want their tax dollars to have to pay for someone to sit in jail. They would rather have the guilty defendant put to death. In reality this is a false argument, because it actually winds up costing the state much more to bring a death penalty case to trial. Additionally, there is the cost of having the convicted felon sit on death row for what often amounts to decades. For example, in California they have had over 700 people on death row, but the state rarely executes anyone. Since 1978, when the death penalty was reinstated, the state has spent 14 billion dollars in death row costs but has only put 13 people to death.

Attitudes toward the death penalty have changed significantly over the past 20 years. In 1999, 75% of those surveyed supported the use of capital punishment.  Today, that number has dropped to 54%, up slightly from an all-time low of 49% in 2016, according to a Pew research study.  Since 2011 there has not been one death sentence issued by a jury in Virginia, and there are currently 3 people awaiting execution. Compared to 1999 when there were 60 people on death row, Brumfield points out that the Virginia is making great strides in reducing the number of people being sent to death row.

One of the main reasons that there has been such a drastic reduction in capital punishment cases can be tied to the establishment in 2004 of the Capital Defense offices. Four regional offices were opened, staffed with highly competent defense attorneys who would take on these high profile cases. In the past, many of the defendants who were poor and minority could not afford their own counsel. The court would appoint an attorney, but often times these lawyers were not equipped to handle such complex cases. The prosecution would run circles around the ill equipped court appointed attorneys, and many more death sentences were given. The establishment of these offices helped to even the playing field, causing prosecutors to drastically reduce the number of capital punishment cases that they brought to trial.

Blumfield also points out that the death penalty is biased along racial lines. A research study done in Virginia showed that a person is three times as likely to be sentenced to death when the victim is white vs. when the victim is black (VJLRC study, 2000). Additionally, while African Americans represent only 13% of the overall population, they make up 42% of those on death row, and 35% of those executed. 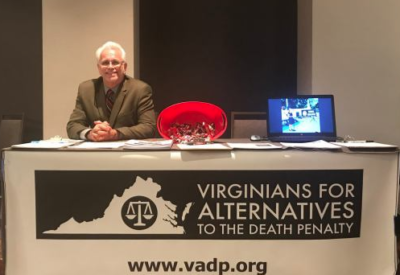 From a legislative perspective, Brumfield is working with the Virginia General Assembly on two main initiatives. The SMI bill (Severe Mental Illness) is designed to make sure that no person with an IQ of 70 or less is executed. Recently, a young man with an IQ of 56 admitted to a crime he did not commit and was given the death penalty. He was proven innocent through DNA testing, but he came within 7 days of being put to death before he was exonerated. This year, Brumfield will also be working on a bill addressing drug secrecy of the injection cocktail used for executions in Virginia. There has been quite a bit of controversy over this practice, and this bill is designed to shine a spotlight on the ingredients being used for these cases.

VADP is holding a luncheon in Reston to raise funds to support their work. Joe Giarratano, a man who served 38 years for a crime he did not commit, will be an honored guest. Actor Mike Farrell (better known as B.J. Hunnicutt on MASH) will be the keynote speaker. For over 30 years he has been working in California to abolish the death penalty. Details and signup information can be found on their website.