(Dec. 4, 2017) Catherine Read interviews State Senator George Barker (D-39) to discuss Healthcare in Virginia. Sen. Barker represents the 39th District, which includes southern Fairfax County and parts of Prince William County and the City of Alexandria. His academic credentials include an undergraduate honors degree in Economics and Public Health, along with a Masters degree in Public Health Policy and Management, both from Harvard University. For 30 years, Sen. Barker has worked for Northern Virginia’s regional health planning agency, the Health Systems Agency of Northern Virginia. He has worked hard to contain skyrocketing health care costs, promote quality of care and ensure access to medical care for all Northern Virginians. He spoke today about the current state of healthcare and how we can best move forward to serve all Virginians, along with the importance of expanding Medicaid in Virginia.

Sen. Barker first gives an overview of how healthcare is delivered to the most needy in our community.   In the 1980’s, Fairfax County was visionary in how it established Community Health Care Network to deliver care to the uninsured (although the centers do take insurance and Medicaid payments if patients have coverage). Officials recognized the importance of treating people for day-to-day illnesses and preventative care, so that trips to the Emergency Rooms could be minimized and costs could be kept down.

During George W. Bush’s administration, there was bipartisan support for a similar federal model to be employed.  When a new system was established, Fairfax County was able to take advantage of federal dollars to support their ever-growing operations. Fairfax County now contracts with INOVA and has three centers located in South County, Merrifield and Reston designed to serve people who make up to 200% of the poverty limit. Alexandria, Arlington and Prince William also have also employed a similar free clinic model. One of the challenges faced by patients is that the clinics can be located far away from their homes, and the trip could be difficult or expensive. Additionally, many people do not even know that these centers exist to serve them. If the General Assembly were to expand Medicaid, these centers would not be so over-burdened, as many would opt for covered care closer to home. 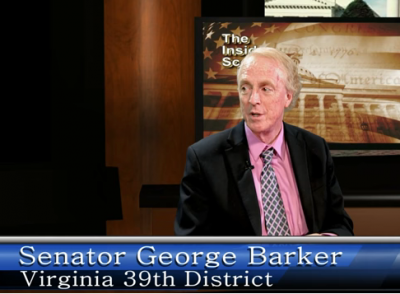 The Children’s Health Insurance Plan (CHIP) has dominated the news cycle for many weeks now. The program is set to expire, and Congress will have to fund it in order for the program to be sustained. Developed by Orrin Hatch and Ted Kennedy back in the mid-1990’s, CHIP was designed to specifically serve children and pregnant women whose families incomes fell in the 133%-200% of the poverty limit (in today’s dollars, for a family of four that range would be $27,000-$40,000). These are the working poor, who are making enough money to make ends meet, but cannot afford private insurance.   Sen. Barker shared that in Virginia this program is called FAMIS (Family Access to Medical Insurance Services). There are approximately 68,000 children and about 1,000 pregnant women throughout the commonwealth enrolled in this program. Recent statistics show that approximately 1/3 of the births in Virginia are to women who are covered in this program. (Since the air date, Congress did in fact fund this program)

When pressed about how Virginia stacks up to other states, Sen. Barker said that Virginia is consistently ranked as of the best and most efficient Medicaid programs in the country. They have been inventive, creative and out front in supporting programs that create incentives for people to do the right thing. He notes that the state is, however, quite frugal. The reimbursement rates lag behind others, as Virginia does not reimburse doctors at competitive rates. This is challenging because fewer doctors are then opting to accept Medicaid payments.

In the final segment of the show Catherine discusses the Affordable Care Act with Sen. Barker. Looking back to 2010, President Obama used a very Republican framework for creating the ACA. It was modeled after the Massachusetts healthcare system implemented by then Governor Mitt Romney. The main goal was to target the uninsured and to address rising costs. At the time the US was spending 20% of its GDP on healthcare. No other advanced western nation spends more than 13% of their GDP. Although vehemently opposed by the GOP controlled Congress, Sen. Barker shared that the result has been that more people are insured, it has helped decrease the deficit, expenditures have been less than projected and the revenues that support the expenditures have been higher than expected.

In order for the ACA to work properly, the idea is that everyone needs to be insured so that there is a large, divese “pool” of people paying into the system. This spreads out the risk amongst all people, and allows insurance companies to take on the risk of covering all patients, even those with illness and preexisting conditions. Unfortunately, the recent tax bill passed by Congress has taken away the penalty for the individual mandate. This basically tells young, healthy people that you do not have to seek coverage – just wait until you are older and need insurance.   Sen. Barker’s estimate is that 13 million people will lose their coverage under this scheme. 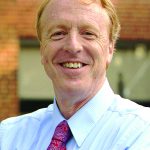 Looking ahead to 2018, Sen. Barker is encouraged by the prospect of expanding Medicaid in Virginia. Back in 2014, when states became eligible to participate in the federally subsidized program, the Virginia General Assembly opted to not take the federal dollars to expand the program. Hundreds of thousands of Virginians continue to go uninsured because they make too much money to qualify for Medicaid, but do not make enough money to afford insurance on the exchange. In past years, both the Governor and the Senate have favored opting into the federal program, but the House has flat out rejected it. With the new makeup of the House of Delegates this year (Democrats picked up 15 new seats in this past election) Sen. Barker indicates that there is real hope of getting this passed.

Although Medicaid has failed over the past 4 sessions, Sen. Barker did want to point out that there have been some advances and new initiatives in covered services. As far as mental health and behavioral health is concerned, people who previously did not qualify for benefits can now access them, and don’t necessarily need to wait to qualify. This helps to get people what they need when they need it, before it become a crisis situation where they can harm themselves or others. Additionally, the ARTS (Addiction Rehabilitation Treatment Services) was established. This progam is targeted to those suffering from substance abuse, so that treatment is more readily available and less expensive. The success of these programs, according to Sen. Barker, justifies moving ahead with Medicaid expansion.

Since this interview aired, the General Assembly has proposed the biennial budget for 2018-2020. The House budget did include Medicaid expansion, however the Senate budget did not include the program. The budget conferees are currently negotiating the status. The GA session ends on March 10, and they hope to have things resolved so the budget can be passed and sent on to the Governor.