The 15 new Democratic Delegates (11 of them women) came from districts across the Commonwealth of Virginia. The Virginia House is seating the most women ever this year: 28, compared to 17 last year. Roughly half of the Democratic caucus is female.

In Southwest Virginia, newcomer Chris Hurst (HD 12) prevailed over three term incumbent Joseph Yost.  [Voters in this region turned out more voters for Gillespie in ’17 than Cuccinelli in ’13]

In Hampton Roads, Kelly Fowler (HD 21) and Cheryl Turpin (HD 85) also won against incumbents. Shelly Simonds (HD 95) ended up in a tie with incumbent David Yancey, whose name was drawn from a bowl to retain his seat. 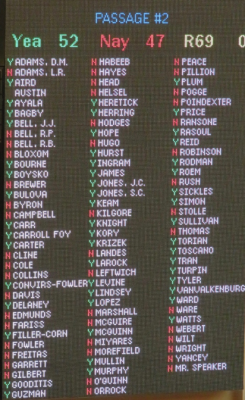 In Northern Virginia, the biggest news was that Prince William County’s House seats flipped in a wave of blue that ousted a number of incumbents:

Danica Roem (HD 13) unseated longtime incumbent Bob Marshall in one of the most watched races in the nation. Danica is the first transgender woman elected to a state legislature prevailing over a notoriously homophobic candidate in what can only be described as a beautiful example of karma.

Elizabeth Guzman (HD 31) prevailed against 8 term incumbent Scott Lingamfelter.  Guzmán and Ayala made history in Virginia as the first Hispanic women elected to the state’s House of Delegates. 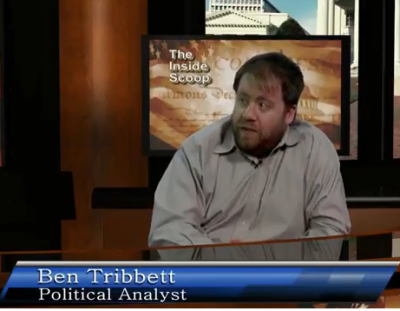 Ben discusses how the huge voter turnout impacted this election and why so many GOP incumbents could not survive the wave. The idea that this election could flip control of the House to the Democratic Party was not something for which the party leadership had prepared. There are also steep learning curves for the new Delegates heading into their first legislative session. The fact that the Speaker of the House, Kirk Cox, makes assignments for committees in both chambers means that every committee will CONTINUE to have a majority of Republican members. While there was a negotiation for “proportional representation” on the committees, the very early days of session have dramatized how little difference that makes when committees vote along “party lines.”

Ben also explores how power sharing might have been negotiated differently prior to knowing the outcome of the Simonds-Yancey name drawing. There was a long term power sharing arrangement in the Senate from 1997 to 2003. The window of opportunity has now closed to make that type of negotiation. He goes on talk about the creation of “Districts of Influence” and the percentages of deviations when re-drawing district lines after each U.S. Census. The GOP tends to split more voting blocks and the result in Virginia is 224 split precincts, with some of them split three ways. There is a possibility that pending court cases could find that district lines in Virginia need to be redrawn prior to 2021 which could result in special elections in the affected districts.

The 2019 elections will be a challenge for the Democrats in holding on to some of these newly won seats. Ben talks about how this is an off-off-off year election with no “top of ticket” candidate like Governor or President. Every seat in the House (100) and in the Senate (40) will be in play. In addition, County Board of Supervisor seats and School Board seats will also be on the ballot. Because of how these districts are overlaid, the ballot might have an incumbent Republican Senator, a first term Democratic Delegate and a Board of Supervisor candidate of either party. How the voters will make their voting decisions giving weight to incumbency and party remains to be seen. There is a strong possibility that some of the gains in the House may not be sustainable in 2019, while it is also possible Democrats will pick up the two Senate seats they need to take majority in the Senate.