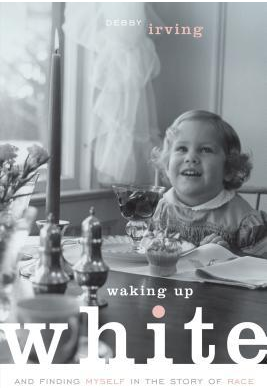 This book is life altering. Debby Irving’s journey to discover how white people fit into the discussion of race and racism has never been more important than it is today. It’s the sort of book I want everyone to read so we can all talk about it.

The author is the same age that I am. She grew up in a white suburb of Boston in the 60s and 70s with a homemaker mother and Harvard educated attorney father. Her life experiences are so very similar to mine, including the jarring realization that racism comes from centuries of institutional bias, cultural bias and a ruling class of white people that do not see their role in all of this.

I highly recommend the book. It’s is not preachy or academic. It’s one woman’s story of trying to understand her life in the context of race relations. More white people need to be motivated to do that. If we had a better understanding of how we got here, we would have a much better idea of the path forward. The situation isn’t going to change until we commit to change the one thing over which we have control – ourselves. The world changes when we shift our paradigm to see it from a different perspective. 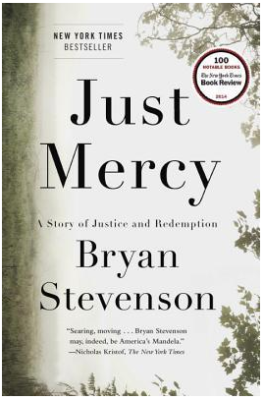 I was floored by the details of the cases Bryan Stevenson worked on. Buoyed by the cases where he managed to finally get justice for people wrongly accused and incarcerated, and devastated by case after case of people he could not save. Innocent people are being executed by the state, which makes it murder. There is no justification for “mistakenly” taking the life of those wrongly convicted and sentenced to death. What is the penalty to the judge, jury and executioner for the wrongful death of an innocent person? END_OF_DOCUMENT_TOKEN_TO_BE_REPLACED

(July 11, 2016) Catherine Read talks with the Executive Director of Community Lodgings, Lynn Thomas. This organization was established in 1987 in the City of Alexandria to provide transitional housing. Today, Community Lodgings’ mission is to lift families from homelessness and instability to independence and self-sufficiency through Transitional Housing, Affordable Housing and Youth Education Programs.

Community Lodgings offers youth education programs that include an after school/summer program in three locations. Cindy Lopez, a Family Support Worker, joins the program in the second segment to talk about how she came through the youth education program herself at the age of 9, joined AmeriCorps and returned to the organization as a staffer. In segment three, Rudy Mendoza, a 7th grader at GW Middle School, talks about the after school program and what he likes best about the program.

There are donor and volunteer opportunities at Community Lodgings and more information can be found at http://www.communitylodgings.org