(Nov. 28, 2018) Catherine Read sits down with Judy Wetzel to discuss the Welcome Home Reentry Program, which is organized by Catholic Charities of the Arlington Diocese. This program provides mentors to those who have faced addiction, and are coming out of jail and reentering society. These mentors are an integral part of the reentry process. They can help a client stay on track, as well as being  there to listen when times are tough. Often times, family members and friends are not willing or able to take on these roles as they have lived for many years with the ups and downs that go along with addiction. Someone who is a third party can also do a better job at being honest, and holding accountable, someone who faces the challenges that go along with addiction.

Wetzel became involved in the Welcome Home program after her son, Billy, went through a long and difficult struggle with addiction. Billy grew up in a strong, middle class Catholic family in Northern Virginia, and Judy never imagined that this was something that she would have to contend with. Billy started using drugs at a young age, starting with alcohol and marijuana when he was 13 years old. As much as the family tried to get him help and counseling, his addiction grew stronger and he continued to use more potent drugs. Eventually, after getting help and sticking to the 12-step program, Billy was able to get himself clean and was in remission.

Sadly, Billy’s dad became ill after suffering a heart attack and stroke, and eventually passed away. This was a difficult time for Judy and the whole family, and it had a catastrophic effect on Billy. He simply fell apart, and fell back into bad habits to help ease the pain. After a series of misdemeanors caught up with him, he found himself back in jail. When he was released, he was fortunate enough to land a spot in the Oxford House, which is a home run by Catholic Charities specifically designed for those with addiction, who are reentering society after incarceration. Judy was so thankful for this program. While there, Billy had a mentor and Judy felt as if he was really getting his life back on track. From her perspective, the month that he spent there was very positive. He had a safe place to live in an independent way, and it gave him time to bond with family. Sadly, although Judy really thought that Billy was on a path to a brighter future, he lost his life to an overdose just about a month after he was released from jail. 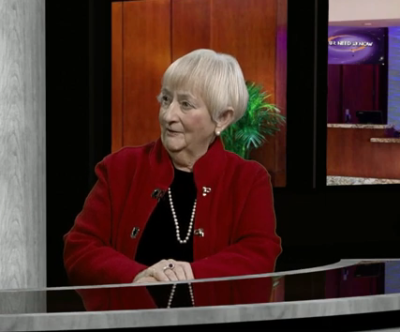 After much grieving, Judy vowed to make a difference and help others who face her own struggle. She has become involved with the Welcome Home program as an ambassador, and has gone out into the community to encourage people to get involved and become mentors. She does not want her son’s life to have been in vain, and sees this as a way to honor his memory. As she knows from first hand experience, often times a family member cannot serve as a mentor because they are too close to the situation. The family member wants to provide unconditional love, and cannot always hold the person accountable for their actions. Family members also tend to be fatigued from years of coping with the ups and downs of addiction, that is why mentors are critical to success.

Wetzel notes that although the program is run through Catholic Charities, one does not have to be Catholic to serve as a mentor. They are in search of mentors who are able to commit to a 6 month “post”. The first 60 days you will work specifically with one person. The mentor is there to hold their client accountable, listen to their challenges, assist them with a job search, or even drive them to the thrift store or to an AA meeting. Often times, when people are exiting jail, they leave with no money (and often times have a bill from the jail), no clothes, no car, and nowhere to live. They are facing a huge uphill battle. The Oxford House, and the Welcome Home Reentry Program, aims to make this adjustment just a little bit easier. The program is designed to give these people a fighting chance at making a better life for themselves, and becoming a contributing member of society.

Judy encourages anyone who in interested to get involved. If you cannot commit to being a mentor, there are a variety of other ways that you can help. There is a backpack program that provides those who are leaving prison a backpack of personal items to help them get started.  They also need people to volunteer  in an administrative capacity and could also use drivers to help get people around to AA meetings and job interviews, if the mentor is not available. Each and every person who can dedicate their time can make a huge difference and impact a life. You can find more information about the program by contacting Sally O’Dwyer at [email protected].