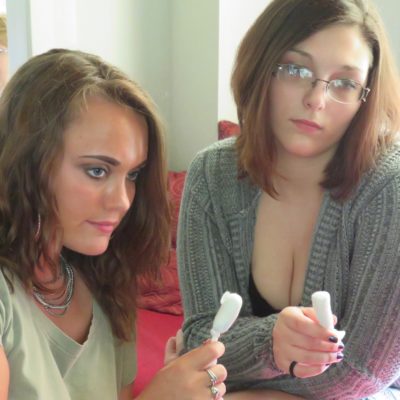 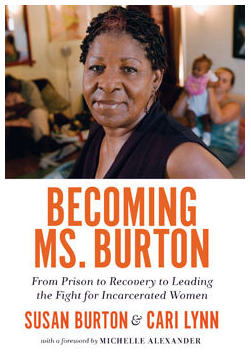 (Sept 2017) This book is extraordinary – as is the woman who wrote it. One of the great strengths of the book is how it weaves staggering facts and statistics about mass incarceration into Susan Burton’s deeply personal story. Each chapter begins with facts about different aspects of our criminal justice system, and the sprawling prison-industrial-complex, that are impacting generations of American families.

Sixty-five million Americans with a criminal record face a total of 45,000 collateral consequences that restrict everything from employment, professional licensing, child custody rights, housing, student aid, voting and even the ability to visit an incarcerated loved one. Many of these restrictions are permanent, forever preventing those who’ve already served their time from reaching their potential in the workforce, as parents, and as productive citizens.

“The result is that these collateral consequences become a life sentence harsher than whatever sentence a court actually imposed upon conviction.” American Bar Association president William C. Hubbard

While factual information like that sets up the framework for each chapter of this book, it is Susan’s narrative that breathes life into what this means for the people who are caught up in this revolving door of poverty, trauma and incarceration.

Knowing that 90% of incarcerated women have suffered some form of sexual abuse or physical violence isn’t the same as hearing what that means when it is described from the point of view of a 3 year old, a ten year and a 14 year old rape victim now a mother. This is how Susan Burton’s life began. A teenaged prostitute, she was befriended by a bail bondsman name George who would be with her for 30 years – encouraging her to be the person he knew she could be. He was there from the lowest points of her life – working the streets, drug addiction, losing her son to a police van hitting him in the streets, forgery and theft to feed her drug habit – to the point at which she decided to get sober, get clean and start over. When she was named a Top Ten CNN Hero in 2010, she called him out by name at the awards event.

In 2012, she was named Encore’s Purpose Prize winner. In 2014, she received the James Irvine Foundation Leadership Award, and in 2015 the Los Angeles Times named her one of the nation’s 18 New Civil Rights Leaders.

Susan’s journey is remarkable for her ability to re-invent her life as an “ex-con” at the age of 46. It was a series of happenstance and circumstance that created opportunities for her to finally divert into a drug rehab program instead of back to prison. When she finally found the program CLARE in Santa Monica that got her into AA’s 12 Step Program, she was on her way to a new life.

There were many remarkable people that helped her along the journey to what would become “A New Way of Life,” a re-entry program for formerly incarcerated women in the Watts area of Los Angeles. This part of the book resonates with me because of my work with a re-entry program for women here in Alexandria, Virginia, called Friends of Guest House. Susan forged ahead with her vision of providing other women the help they needed to start their lives over after stepping off the prison bus. She did it herself, and she was determined to do it for others.

The impact of our broken criminal justice system on generations of families is a cycle that seems to have no end. The poverty, the trauma, the lack of educational and economic opportunities, is just compounded when millions of people are saddled with a lifetime of restrictions because of a criminal record. The impact on our country cannot be overstated – it’s tearing at the fabric of our culture and our economy. Something must be done and it will only be done when more people are motivated by the injustice of our criminal justice system.

I would highly recommend this book to every reader, and it would be a particularly excellent book club choice. These are issues more people need to be talking about. Individually, we can be the voice advocating for change, and together we can move the needle on taking back our country from a broken system of justice that feeds mass incarceration and dooms future generations.