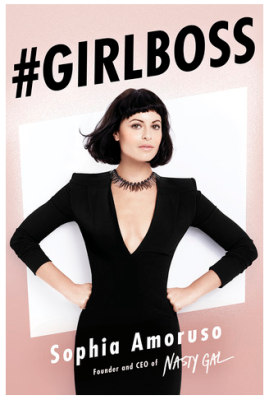 (May 15, 2014) “Confidence is more attractive than anything you could put on your body.” – Sophia Amoruso

I LOVED this book! Sophia Amoruso has a wonderful life story to tell – a fascinating journey for someone who is just 30 years old, a high school dropout and the CEO of her own multimillion dollar online fashion business called Nasty Gal. She started her business on MySpace selling vintage clothing back in 2006, then moved to Ebay, then to her own website. She now employs over 300 people and her annual revenues are well over $100 million dollars. I like her style in telling her own story. She offers practical advice on everything from LinkedIn, cover letters, resumes and interviews to wisdom that rings true on what makes a person “cool.” She thinks of herself as “anti-fashion” in the traditional sense of following fashion dictated by fashion designers. She thinks clothes should be an expression of who we are. A bit of Sophia’s wisdom: “So embrace all the things that make you different. Alter your clothes all you want, but don’t you dare alter your inner freak. She’s got your back as much as I do.” I thoroughly enjoyed the book as both a coming of age story and as a business book. This is a millennial who is showing us a future that others can have. She did it without a lot of what many of us believe is essential to being successful in business. Reading this on the heels of “The Innovator’s DNA” and “The Confidence Code,” I can see how this came together the way it did. Or rather, I can see how Sophia pulled it all together.
A thought I loved from the book: “Clothing is ultimately the suit of armor in which we battle the world. . . Owning your style, however, is much more about your attitude than it is about what’s on your back.” Amen, sister! 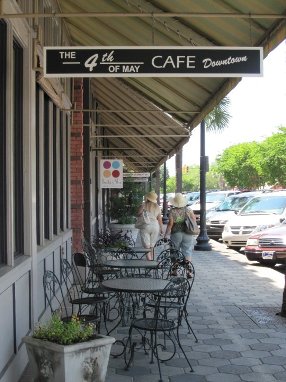 My accountant, Earl Yancey, posted an interesting article to his Facebook profile the other day: “Labor Department Reveals More Americans are Self Employed.” It’s about the substantial increase in the number of entrepreneurs since the recession started and considers whether that number will remain high after it’s over.

Having left a corporate job nearly four years ago, it’s a subject that caught my attention. Many current entrepreneurs have found themselves opening businesses following the loss of employment. These consultants, trainers, coaches, virtual assistants, home-based and web-based retailers have made trade-offs in choosing to work for themselves rather than continue to seek another job. Will these people go back to the cubicle farms after the economic crisis has passed?

Many will not. This recession as been like an outgoing tide, revealing as it rolls away the things about companies and organizations that weren’t as visible when the high tide of a good economy kept them covered. What is on the bottom of many of these corporate infrastructures are inefficiencies, poor leadership choices, lack of accountability, failure to make tough cuts early, planning exclusively around short term goals, and ignoring feedback from the marketplace. Wall Street firms showed just how far it is possible to go in pressing the envelope on what is ethical, moral and legal without anyone going to jail. Yet. 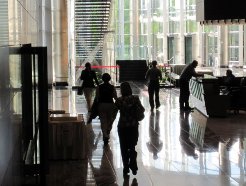 Yes, there were some big firms that failed – companies that at one point were thought “too big to fail.” Who will forget the televised images of the Lehman Brothers employees carrying their boxes of possessions out of their New York City office building? That scenario has been played out millions of times since then all over America – and the world.

The curious part about this situation is that while the people on the bottom get the boot, the masterminds at the top are still getting bonuses. Cuts at the top to the people who drove the firm to the precipice? Not likely. It’s much easier to target the people at the bottom and that is de rigeur for most organizations. Middle management took a big hit early on and those early casualties make up the ranks of newly minted consultants these days. Now it’s quite commonly about “across the board cuts.” 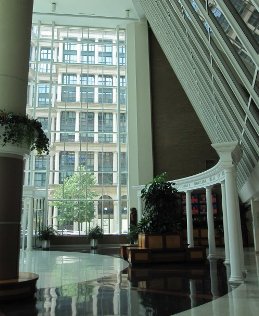 People in corporate America are “overhead.” Objectifying employees makes it so much easier to fire them than to think of them as individuals with faces, years with the firm, and a shared investment in the company’s history and culture.  Employees as a company asset?  Not in this economy. The memo goes out to cut every department’s staffing budget by 20%.  It’s a mathematical imperative that doesn’t address how supervisors will pick among their employees as to who gets put in the staffing reduction bucket.

These people will walk down the halls past the doors of the people who will keep their jobs despite incompetence. They will carry their box of belongings through the lobby where the company’s mission statement full of empty words about the company’s integrity hangs unread on the wall. They will walk out the door on a corporate culture that ultimately failed them.

Do I think these people will be back? No. I think a great many of them will discover it’s better to take a chance on your own failure than to put your future in the hands of a entity that is focused on profits ahead of people – as if there is no connection between the two.

Entrepreneurship in America will continue to flower post recession.  Many of us have discovered the rewards of something beyond the illusory promise of stability and security that comes with a paycheck.  I believe young people in particular will  stake out a plot of soil in which to grow a much richer future! Life is way too short to allow yourself to be thrown away like yesterday’s newspaper.