(Apr. 13, 2018) Catherine Read interviews Dr. Chakib Chraibi, Dean of Computer Information Systems at Virginia International University, about the Artificial Intelligence (AI) revolution. AI is defined as the ability of a machine to perform cognitive functions associated with the human mind, such as perceiving, reasoning, learning and problem solving. Dr. Chraibi speaks with Catherine about how AI will impact our society and culture in the years to come.

Dr. Chraibi notes that Artificial Intelligence is already being used by most of us on a daily basis. Applications such as GPS help us by processing information regarding traffic, to assist us in getting where we need to be on time. Voice activated assistants such as SIRI (Apple), Alexa (Amazon),  Google Assistant, and Cortana (Microsoft) are designed to help us stay organized and solve everyday problems. These tools are very powerful and can help us become significantly more efficient in our everyday lives. 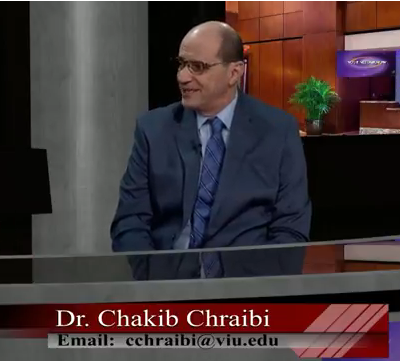 there are many benefits of artificial intelligence, Dr. Chraibi shares that some are worried about job disruption and the ripple effects AI can have on the worldwide economy. Studies show that approximately 1.8 million jobs will be eliminated with the rise of AI.  However, the introduction of AI into new industries will result in the creation of about 2.3 million new jobs. The difference is that AI will be eliminating many jobs that are considered low skilled, while the new jobs that are being created will be higher skilled. The key to making this transition, according to Dr. Chraibi, is to properly prepare the workforce to meet the demand. The exciting prospect of bringing artificial intelligence to the workforce means that we can use these powerful tools to help solve many of  the big problems facing the world at large.

In order to help us better understand artificial intelligence, Dr. Chraibi explained the basic process of how computers learn information. Supervised learning happens when humans feed data to a machine, and then teach the computer how to recognize information so that it can then make decisions. An example of this is Spam software. Programmers feed features of spam email to the computer, and the spam software can learn the information and make decisions on how to sort the mail into categories.

Unsupervised learning takes this to the next level. Programmers feed data to the computer, and the machine is then able to find patterns in the information on its own. This is a more powerful and newer form of artificial intelligence. For the first time in history, we have seen supercomputers such as IBM’s Deep Blue beat the human world champion in the game of chess, IBM’s Watson win in  Jeopardy and Google’s AlphaGo win in the Chinese strategy game Go. This is because machines have the ability to store more data than the human mind, learn the patterns and quickly apply their knowledge to solve problems.

Ultimately, computer scientists are searching for the “master algorithm” which would allow a machine to solve any problem. If this is achieved, computers could supersede humans in intelligence, something that is is called singularity. The question then becomes “what role do humans have in society?”  Overarching concerns include whether or not social and emotional learning can take place, and wonder if morality be imparted to a non-human device. Computer scientists also worry that if we reach this point, a computer could refuse a command from a human, and choose to make its own decisions. This would enable computers to essentially take over the world, making human beings less relevant and no longer in charge.

An excellent book on this topic is The Rise of Robots by Martin Ford. 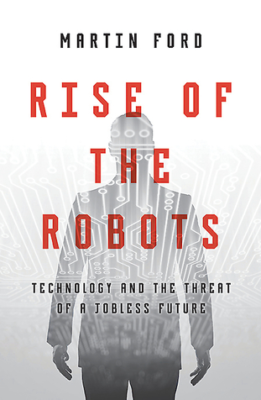 And what about our current system of taxation based on individual income? . . . we ought to transition to a form of taxation that asks more from those businesses that rely heavily on technology and employ relatively few workers. We eventually will have to move away from the idea that workers support retirees and pay for social programs, and instead adopt the premise that our overall economy supports these things. Economic growth, after all, has significantly outpaced the rate at which new jobs have been created and wages have been rising. END_OF_DOCUMENT_TOKEN_TO_BE_REPLACED