(January 30, 2019) Catherine Read interviews Cultural Archeologist Dale Brumfield about the history of the Underground Press. Brumfield has written two books on the topic, the Independent Press in DC and Virginia, and the Richmond Independent Press.

The Underground Press was born out of the Free Speech movement, which originated in Berkley, California. Opposition to the Vietnam War united students who disagreed with America’s involvement in Vietnam. Students across the country banded together to elevate their voice, and the Underground Press emerged. The purpose of these publications was to find voices of dissidence, and to challenge conventional wisdom.

The very first Underground Press publication was the LA Free Press, which was first printed and distributed in 1964. Shortly thereafter in 1966, Tom and Joyce Debaggio produced the Underground in Arlington, VA . Their publication was not as much about the counter-culture, as it was a serious publication looking for alternative points of view. The paper stayed in production for approximately two years.  Brumfield was fortunate to have the opportunity to interview Joyce for his book, and she shared the obstacles and challenged that they faced trying to get their paper out into the hands of the people who wanted to read it.

In late 1966 the Washington Free Press started as an inter-collegiate underground newspaper, and evolved by 1967 into a collective-run publication. The paper was produced out of a house in DC, where all involved in the work had equal say in how the paper was shaped. Those who produced the paper lived together and worked together, which posed its own set of problems.  However, having a larger group of people working on the paper meant that there were more people working together to get the paper distributed in the community.

The galvanizing force behind the emergence of these publications was the anti-war movement. As time moved on, the Free Press publications adopted other counter-culture movements such as women’s liberation, gay rights and the black power. When the US decided to end the draft in 1972, and then withdraw from Vietnam altogether in 1974, the driving force behind the Free Press publications withered away. Many of these papers saw an end of their run by this time. 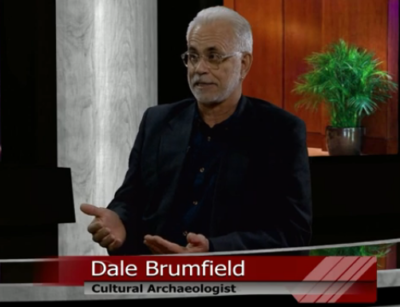 In the second segment of the show Catherine and Dale speak about the history of the FBI and the CIA in infiltrating some of these Free Press publications. Although the CIA is specifically not allowed to spy on American citizens, they did work their way into the Free Press movement by convincing higher ups that the Free Press had to have been organized by foreign governments looking to infiltrate American institutions. They launched two investigations, Operation Chaos and Operation Merrimac, to find out more about the inner workings of the Free Press movements. These operations did not yield any evidence of misdoings, as those involved with the Free Press were not operating on behalf of anyone other than themselves.

The FBI attempted to infiltrate the movement by producing their own phony rendition of a Free Press paper on the campus of American University in Washington, DC. Their paper, titled the “Rational Observer” was designed to introduce a moderate voice to the movement, and changes hearts and minds. They also sent agents undercover into the counter-culture movements to gain information and better understand the resistance movement.

As journalism has evolved over the years, and the introduction of cable news channels and the Internet have emerged, there are now more alternative voices than ever before. Today, those voices on the right have been amplified through vehicles like the Alt-Right and the Dark Web. Social media, and sites like “Info Wars” are the free press of the modern times, and often exist to spin the news and espouse conspiracy theories without proof or evidence-based journalism. They exist to fortify and reinforce the beliefs of their viewers. As consumers of modern day journalism, it is important to understand what news is being consumed and also be able to identify the difference between opinion pieces and actual reporting of the truth.